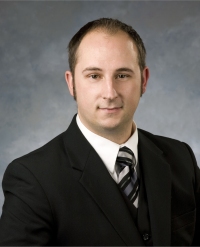 Born and Raised In Redcliff, Alberta. Chris has been in the funeral service industry since 2003. He received his Funeral Director/Embalmers License from Western School of Funeral Service in 2005. Chris has three boys and a loving wife. Chris Joined Eden's Funeral Home in November 2009, and looks forward to serving the community for years to come. 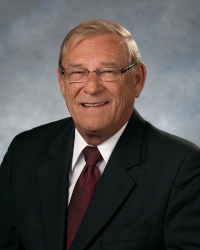 I was born and raised in Manitoba in the Neepawa area. Began my career in Funeral Service in 1966 at White’s Funeral Home in Neepawa. I became licensed as an Embalmer/Funeral Director in 1971. The following year along with my wife Linda and our firsr born son Jason moved to Calgary  where I joined the staff of Jacques Funeral Home. In the spring of 1973 I challenged the Alberta Exams and received my Embalmer/ Funeral Director’s License for the province of Alberta. The same year Frank Eden offered me a position with Eden’s Funeral Home, I accepted the offer and moved to Pincher Creek and have been here ever since.

Following our move to Pincher Creek, two more children were added to our family, our second son Kyle and daughter Amy.

I have never regretted choosing Pincher Creek as  a community to work and live in. Over the many years I was fortunate to have developed a good rapport with the families I have served and with many of those families I have had the honour of serving several times.

We attend St. Michael’s Catholic Church and over the years I have served on Parish Council as well as Lector and Eucharistic Minister. I am also a member of the Pincher Creek Lions Club and have filled many positions there as well.

I have experienced many changes in Funeral Service, both in trends and attitudes. I also believe that even though early in my career I was being complimentd by families for a job well done, I really wasn’t a good Funeral Director until I experienced the loss of a close family member. At that point you are able to empathize instead of imagine how that other person feels.

As I approach retirement my responsibilities have diminished allowing more time to spend with family and enjoy some travelling. 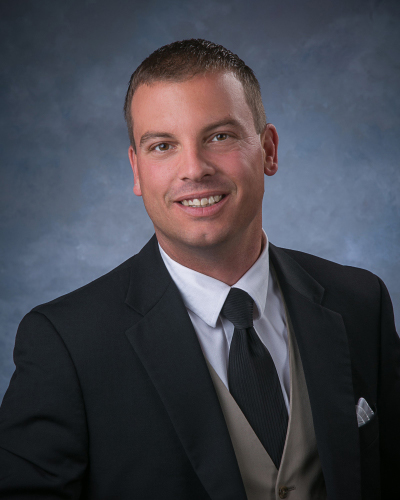 Brad was born and raised in Vauxhall, AB., and has spent over 20 years in the oil & gas industry before entering the funeral profession in 2016. After the completion of an apprenticeship with Martin Brothers Funeral Chapels, Brad graduated from the Canadian College of Funeral Service in 2018 as a Funeral Director/Embalmer.

Brad and his wife Kelly were married in 2008 and were blessed with their beautiful daughter Quinn in 2016. Brad feels fortunate to be given the privilege to assist families during their time of need and is proud to serve the communities of Southern Alberta.

A year of daily grief support

Our support in your time of need does not end after the funeral services.  Enter your email below to receive a grief support message from us each day for a year.  You can unsubscribe at any time.